Watch how plantain and eggs turn to film trick before your eyes.. I just found this badass- mouth watering dodogangnamstyle and knew that I'd be wicked if I didn't share it on here with the whole gang. I'll let you goiz know how it goes when I make my own cus I'm definitely going to make my own... Or anyone that wants to make it and deliver to goiz can apply in the comment box. Thanks Goiz! #DodoGang

PS:Your #DodoGangnamStyle is the way you love to enjoy your fried plantain! Let's get creative goiz, it cannot always be rice and beans. Try boiled plantain and tom-tom sooon. Let us know how you feel after.

Bash Alee
Posted by Dodo Gang at 11:12 No comments: 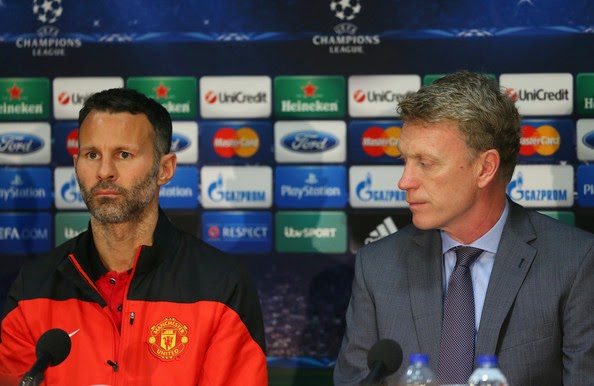 Very interesting and challenging week 36 in the English Premier league I must confess, most especially with Manchester United giving us a dose of sweet deja vu just to remind us how great they really are and why they remain the RED DEVILS. In the words of new interim player coach, Ryan Giggs," We will go back to playing like Manchester United" and they did just that. The mature leader who has seen Manchester United through its years in the premier league was sure to be true to his word when the red devils were up against Norwich City on
on Saturday, United carefully delivered 4 plates of dodo into Norwich's post. 2 each from Rooney and Mata who came off the bench substituting Danny Welbeck in grand style. Welbeck was also sure to contribute as he was the one who was fouled in 39th minuite leading to Rooney's first goal which was a penalty. Rooney sent the keeper on a long errand to the other side while the ball made the red world united once again as Old Trafford felt the love. What are we thinking? Could Ryan Giggs really be what United needs? Our sincere condolences go out
to David Moyes who was fired only a day before his birthday. Sad to think that we believed he was the chosen one. With Paul Scholes and Ryan Giggs' 4-4-2 formation, United should be confident of getting all their opponents served with enough Dodo! 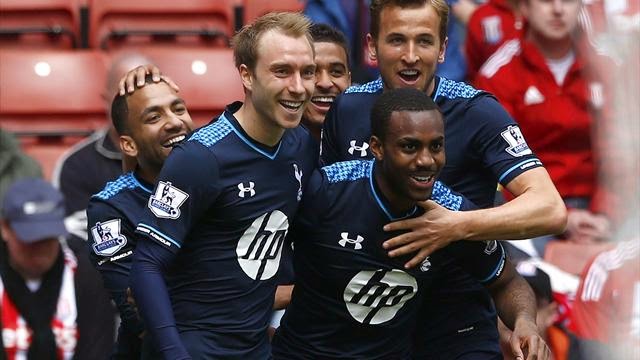 Tottenham 1-0 Stoke City
My team, Tottenham was sure enough not to dull on the weekend victory by carefully depositing a plate of dodo with our signature chicken on the side into Stoke City's post. This plate of dodo was delivered in the first half by Danny Rose, well assisted by  Chef Emannuel Adebayor. The dodo was served using Rose's head. Powerful finish! 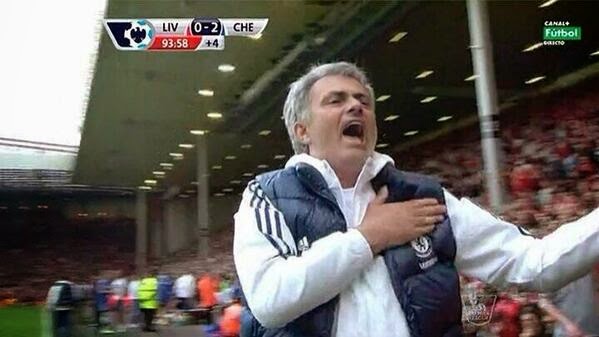 A.K.A. CLASH OF THE TITANS, spectacular support displayed by Liverpool fans before the match,  I'm sure it was meant to have been very intimidating for Jose Mourinho & Chelsea, who were not shaken at all as they were carefuly to twaq them well well, gave them 2 goals just to let them know that Mourihno is boss.. ( our internet connection won't let you watch Bash Alee's reaction) .... Liverpool's captain Steven Gerrad was caught slippin' (literally) and  had Demba Ba scoring the first goal of the match for Chelsea at extra time in the first half. Gerrad tried to treat his personal fuck up all through the rest of the match, shooting invicible goals and scoring within his mind. Willian Borges Da Silva was sure to get Mourinho emotional at extra time in the 2nd half... Did you see Ashley Cole comparing beards with Bash Alee? 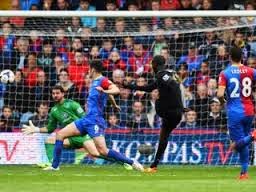 robbed off the Glo CAF African Footballer of the year Award. Did you see Yaya Toure in his elements? Baba was sure to turn the game up another notch only in the 3rd minute by setting Edin Dzeko up, and surely he was up to the task, a header and a GOAL! As a senior man, Toure didn't stop there, he made sure he put one in the post himself.. Words cannot describe Bash Alee's reaction, but our internet connection won't let you see it.. 42nd minute goal by the way!

Arsenal 3-0 Newcastle
I don't have much to say about the Arsenal match, the demeanor of the Newcastle fans after the match was enough comedy already. 3 goals, by Oliver Giroud, Laurent Kosicielny & Mesut Ozil who was also sure enough to add an assist to his stats. Newcastle fans could't hide their feelings, as they showed how much they want the team manager, Alan Pardew sacked.Tragic, but funny! Just in time to end the EPL week! 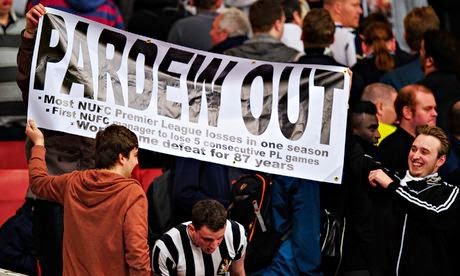 IMPORTANT: Just remember that Jose Mourinho has said that he doesnt car whoever the champion is.. Liverpool or Man City.. Just always remember that he flogged both the top teams twice. Bragging rights, its #DodoGangEndorsed

Bash Alee
Posted by Dodo Gang at 14:36 No comments: 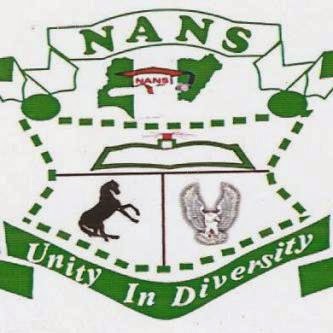 The National Association of Nigerian Students, NANS has announced the date of the 2014 edition of its Ambassadors Football Cup. This event will take place at El Wak Sports Stadium, Accra and will run from Monday 28th April through to Wednesday 30th April,2014. It promises to be a fun filled football cup with Nigerian students in diaspora coming together for the love of football. Students are urged to come out to represent their campus so their campus will be represented. Let's really find out who the king of football is! Prizes for winners include:1st prize-1000GHc. 2nd prize- 500GHc & trophies for 1st nd 2nd runner ups and also medals and certificates of participation.

The program of this event is as follows:


Closing Remarks  by  the NANS-Ghana  President!

Some of us like to dress cool, some of us like to be chic, others classy, sexy, sophisticated and the likes. However, we can all agree that we all love or at least hope to be comfortable in whatever we wear. One of the easiest trend that helps to achieve this is the #overalls.

The #overalls is one childhood fashion trend that's making a major comeback, and we are definitely loving it. The newer versions are so much more fun with their cool fabrics, colors and silhouettes, it definitely gives a significantly more chic feeling while still maintaining its sexy-tomboyish uber-comfortable roots.

I know you are already loving it too, but it's always important to find the right overalls for your body (we don't want anyone looking like a farmer or anything lol). So unless you are going for a boyfriend look, try to avoid the extra bagginess. Those of you who are a little more sexy can opt for shortalls or more slim fit and tailored overalls.

So on those days that you are just absolutely bored with skinnies or shorts, try an overall or a shortall, whichever way you decide, we are sure you will look overall gorgeous. 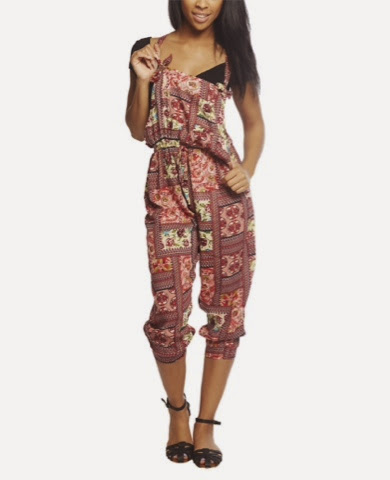 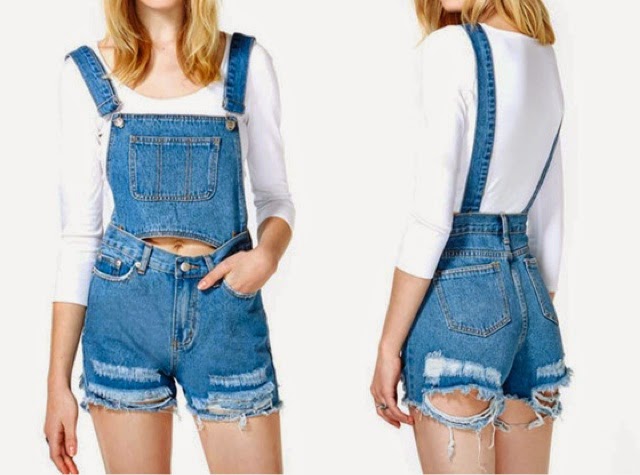 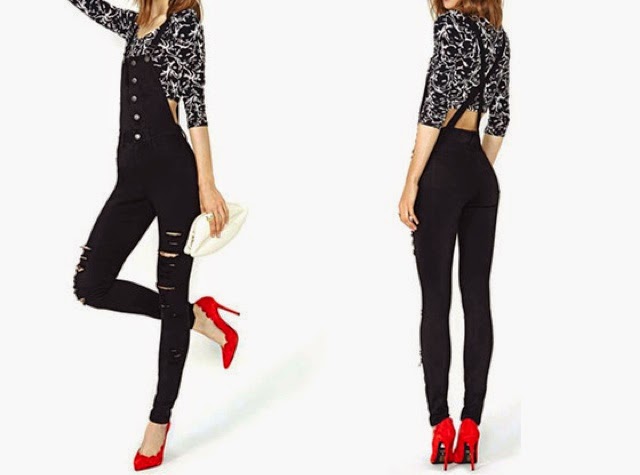 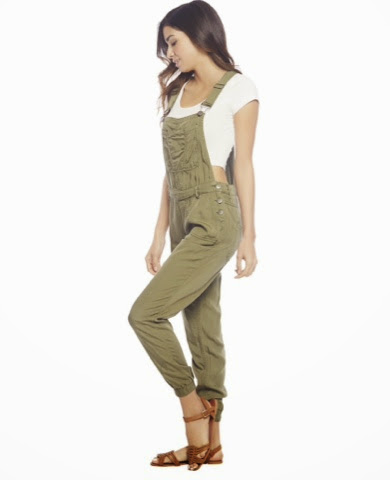 Sorry for the break-in-transmission, but DGOD Episode 17 is out and if features Dodo Gang's Bash Alee reviewing MTV's mini series Shuga Naija among other bants. Please watch, share, comment and don't forget to subscribe. #DodoGangnamStyle. Thanks for the support!

Bash Alee
Posted by Dodo Gang at 01:35 No comments: